More "What I used to Do" Multimedia

Due to the overwhelmingly positive response to my previous posting on my old job and the photo, I found some other things to post.

It is almost time for the biggest annual trade show for Wireless: Mobile World Congress, which is held in Barcelona in late February.  This will be the first year since 2007 that I will not attend this huge trade show which usually gets over 70,000 attendees.  The illustration below gives you an idea of what happens at the show and what I usually do. 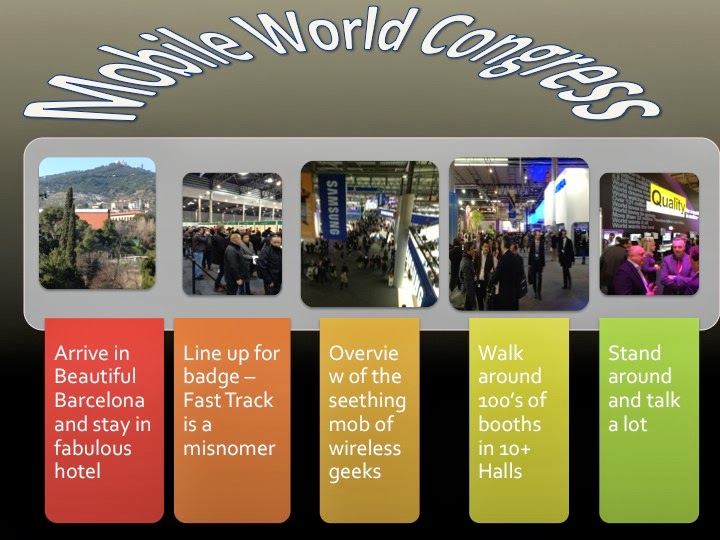