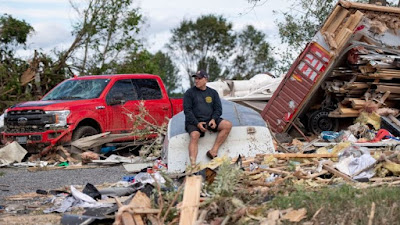 Everyone is concerned, neighbors are helping out, first responders are working hard, donations are being made, politicians have flown in for photo ops and promised aid, but no one is going bonkers like they did in Dallas if a tornado took out a couple of trailers containing meth labs.  Just another sign that Canadians are a little different.
Posted by felix at 12:02 PM