I know that few people read this blog, but it is therapeutic for me to write it.

My older brother David died yesterday from the effects of a stroke, maybe caused by COVID.  I wanted to reflect on his life.

He had a hard life medically.  Born with Hirschsprung's disease, hip dysplasia, and autism.  He endured casts on his legs as an infant, and multiple surgeries until he was 20 or so on his intestines.  He had colostomies at least twice.  The government and school system in the 60's and 70's did not provide any help for children with mental disabilities, other than institutionalization for the severely handicapped.  Our parents struggled to get David the help he needed at learning disability clinics and private schools.  David learned how to keep going no matter what obstacles he faced.

David never reached his full height, was always thin, had lots of skin problems, and suffered from ear problems which eventually caused him to be almost deaf.  He worked at multiple jobs as a young adult but found his calling working at the local TMR library.  He loved re-stacking the books and was a diligent worker, as long as he got to drink his "tea with the library ladies" with 3 to 5 heaping teaspoons of sugar.  Sugar and gravy were his favorite things.  Unfortunately this resulted in a lot  of dental problems and removal of teeth.  He was also an expert on public transit and could navigate the buses and Metro in Montreal to almost anywhere.

He became independent thanks to the work of a local charity, Avatil, and the hard work of our parents and he lived with a room mate for about 10 years in an apartment and then around 10 years in his own apartment.  He always went back to the family home on weekends to visit, do his jigsaw puzzles and baseball cards.  Eventually, he retired from the library and still lived independently but his medical problems were catching up with him - arthritis, skin problems, hearing, teeth, etc.  He still enjoyed his hobbies and never really complained.  He was always happy to see friends or family and would talk the ear off someone he just met.

By this time, our mother was developing dementia and we had caregivers coming to the home.  David would still visit on weekends but we were hearing that he was falling down and his skin was in bad shape.  I took him to the hospital and they kept him for two weeks, cleared up his skin, and did lots of tests.  The discharge report was a tribute to his strength: mini-strokes, kidney stones, arthritis, abdominal masses from his operations, deafness, skin issues, and maybe a few more.  He moved into a retirement home not far from the family home and enjoyed 4 years there, surviving most of the pandemic and not being able to visit our mother.

Then the stroke happened and this was one medical obstacle he could not handle.  I felt so bad for him.  All the things he overcame and now this, he did not deserve it.  After 3 months of rallying whenever the doctors said he would not live, he finally reached a stage where his quality of life was terrible.  Luckily, one of our mothers fabulous caregivers, Lise was with him at the end.  Alan and I were on the road trying to get to Montreal asap.

David, you were a great brother and I always admired your strength and courage.  You are in a better place now and we will miss you. 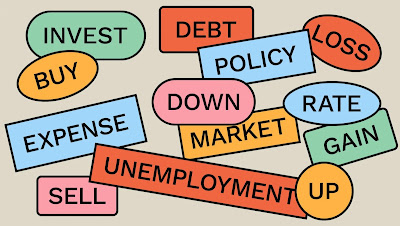 In my opinion, a recession is coming.  We have all the ingredients in North America:
What does this mean for us?  It depends on your stage in life.  The usual results of a recession are stock market declines, house price declines, and more unemployment,
If you are a young worker, best to make sure your job is secure.  Last in, first out usually applies when a recession hits.  Companies that are struggling are also at risk.
If you are a middle aged person, the same provisos on your job apply.  On top of that, you probably have a family and a house.  I recommend building up some savings, and avoiding any unnecessary large purchases like a boat or second home.
Retirees should also be careful with large purchases and be prepared to tighten your belt a little.  If you live on a juicy pension (rare nowadays), there may be little effect on you.
Posted by felix at 10:09 AM No comments: