Russia and Putin are Winning 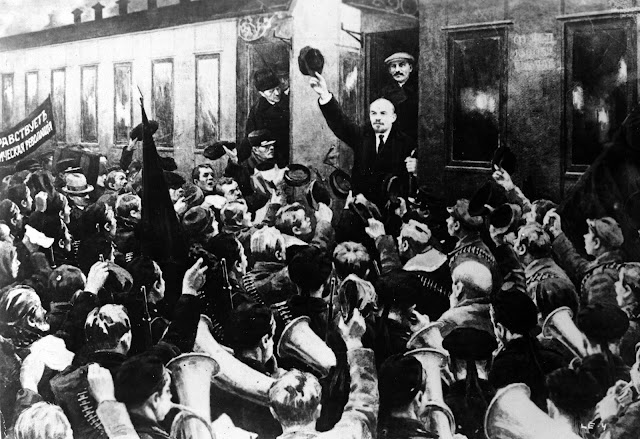 Getting your opponent taken over by a radical leader has worked in Russia.  Lenin was actually sent by train to Russia by Germany during WW1 to undermine the government and get the Russians out of the war.  The German plan worked perfectly as Russia devolved into a civil war and withdrew from WW1, freeing many German troops to go to the Western front to fight the English and French.

Helping Trump get elected is not quite as powerful and will not result in an immediate civil war in the USA, but it is paying big big dividends in terms of weakening the world's superpower.  We are lucky that Trump is not as smart as Lenin or as charismatic.

Not all of this can be directly tied to the Russians but they certainly helped:
So the Russians are certainly winning at this point, we can only hope that this stops soon.
Posted by felix at 7:43 PM